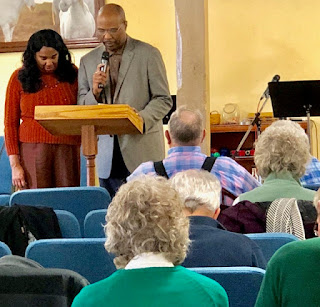 When we arrived at the church this past Sunday morning, a dear brother in the Lord gave us a couple of articles to read. This was not unusual because he always gives us CDs with sermons to review or books to read to enhance our arsenal and yearning for learning more about the Lord. This offering was nothing unusual.

Later, on Sunday night, I finally picked up the article the brother had given us and was astounded at the accuracy in which God had directed the Sunday morning message.

The two articles were about the prophetic significance of the recent total eclipse that went across America.

It seems that throughout all of recorded human history, celestial phenomena like the total eclipse have always been viewed as signs from God. According to one very significant Bible scholar, “When there is a total solar eclipse, it is (viewed as) a warning or sign to a specific nation or nations, depending on the path of the eclipse.”

This scholar actually backed up his assertion with factual, scientific data, verified by NASA. In 763 B.C. there was a total eclipse known as the Bur-Sagle eclipse, in which the path of totality was right over Nineveh. YES, the same Nineveh that God commanded Jonah to go to and call the people to repentance. First, the eclipse took place and then Jonah arrived with the message of repentance, on the first day of the Hebrew calendar month of Elul (The month of Repentance).

Fast forward to another solar eclipse on August 21, 1914. Again it was the Hebrew month of Elul (The month of Repentance). The path of totality went right over Eastern Europe. This was just before the events that led to World War I. And we all know how Eastern Europe was devastated by two wars.

Fast forward to August 21, 2017, and we had a total solar eclipse with the path of totality crossing the United States. Again it happened during the month of Elul (The month of Repentance).

Carol and I had no idea that God had given us such a profoundly accurate message!

YES, we can rebuke the storms and decree life and blessings. But we must also release the obvious warning to those who have a price to pay for their injustice and sin against God and humanity. We must also call God’s people to repentance. We must do them all.

This past Sunday morning, we did not know that we were speaking forth from a historically-documented, scientifically-proven pattern of signs from God.

We don’t know what others will do with this information and message, but as the leaders of the Fruitful Life Network and the Fruitful Life Learning Community’s network and alliance of small groups and house churches, we are calling for personal repentance on our part and all our leaders and attendees.

As for me and my house, we will serve the Lord! 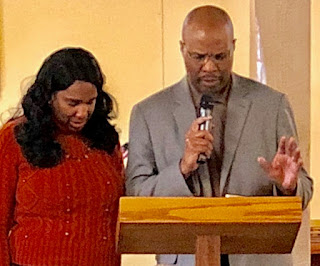 I’ve been watching Christians across the United States as they debate back on and forth about the reasons why all of this is happening, especially in America.

Everyone’s theological and end-times views are being spewed forth as the opinions range from “This is the end of the world” to “Jesus rebuked storms, so we need to stand up and speak life and not death in the same manner as Jesus.”

We do not seek to enter into the debate, but we will attempt to give you some perspective and a few things to consider in the midst of your own internal struggle to sort out the meaning of what’s happening to America and the world.

This past Sunday, 9/10/17, Carol and I were absolutely led by the Spirit of God to exhort a small rural congregation in south central Pennsylvania from 2 Chronicles 7. Many Christian Believers are familiar with this segment of the Bible especially because of verse 14.

“.....if My people who are called by My name will humble themselves, and pray and seek My face, and turn from their wicked ways, then I will hear from heaven, and will forgive their sin and heal their land. “

All we knew was that we were instructed to declare that this is a time of repentance on the part of God’s people. We did not attempt to explain the three active hurricanes, the very recent earthquake in Mexico, or the raging fires in Oregon and California. We could not enter into the debate about God’s judgment and how it is carried out. All we knew was that God’s people are being called to repentance.

Carol and I delivered the message about Repentance; a message we later titled, IF MY PEOPLE. It was not a thought-out and pre-planned message. Lately the Lord has been leading us to read a passage of scripture and then allow Him to speak through us, spontaneously. I must admit that it’s very unsettling to go into a sermon without an outline and a plan.

There are some people who need a message of life and blessing because of all they have gone through. There are others who need a message of judgment because the day has come for them to reap from the pain and trauma they have caused.  Still others, like the Church in America (Believers and Followers of Christ) who need the message of repentance for their indifference to social issues, the poor, the widows, the orphans and the disenfranchised.

After presenting this message of repentance on this past Sunday morning, God confirmed it with such a heavy anointing of His presence that no one could move at the end. The pastor got up and publicly repented for some unforgiveness that he had in his heart toward some people in the business community. God confirmed the word with signs and action.